Making an Equal Pay Claim as an Employee

If you have received less pay than your colleague because of your sex, even though you are doing ‘like’ work, we can help you start your equal pay claim.

At AWH, all equal pay claims are handled on a no win, no fee basis, so you won’t need to worry about the financial implications of starting a claim. For a free assessment of your circumstances, get in touch.

Is there a Gender Pay Gap in the UK?

As it currently stands, the gender pay gap in the UK is at 18.4% for full time and part time workers. Pay gap reporting – which started last year – has shown some shocking numbers in regards to the inequality in pay between men and women, with 88% being the highest pay gap reported by a company.

It has shown that more than 3 out of 4 companies in the UK pay male employees more than their female counterparts. It further reports that in 9 out of 17 sectors men earn 10% more on average than women.

Both men and women can make an equal pay claim. However, as you can see in the above statistics, women are much more likely to be undervalued and underpaid.

It is important that whatever line of work you are in, you receive fair pay. It is a legal requirement, as you cannot be discriminated against at work under the Equality Act 2010. This includes receiving less pay and other benefits than coworkers for no good reason.

This should go without saying, but your gender is no good reason to receive less pay.

It may seem like a big step to take, but there are many benefits to doing this. Not only for you, but for your colleagues and future employees of the company too.

Do you believe you are receiving less pay than your coworkers without good reason? Our equal pay solicitors can help you get equal pay compensation. 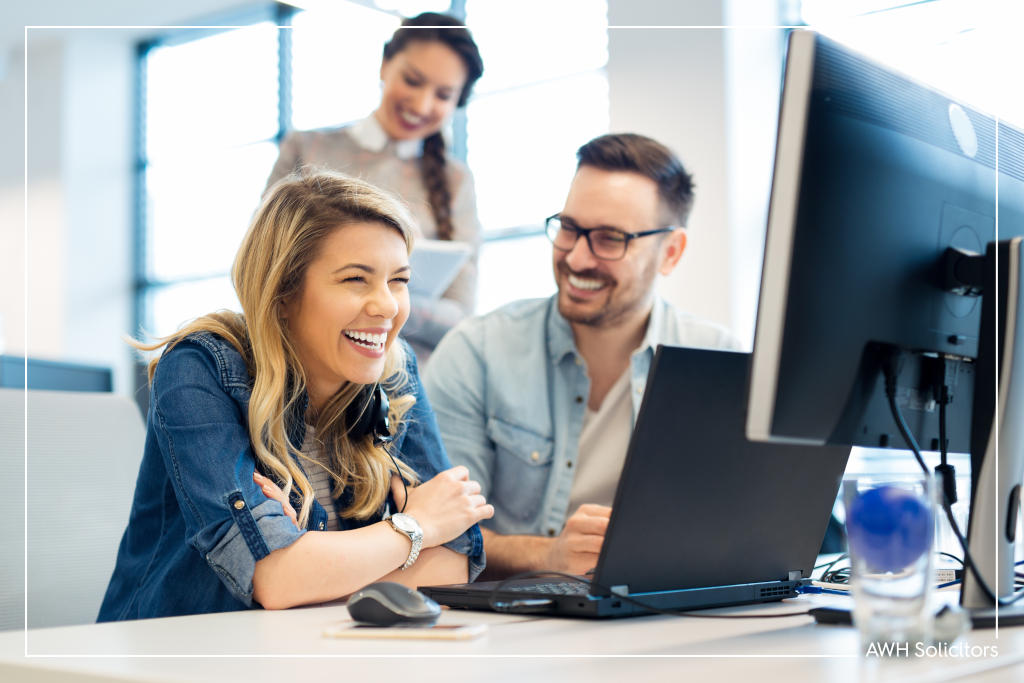 What is an Employee Equal Pay Claim?

An equal pay claim is essentially a claim made by an employee who isn’t being paid equally to coworkers of the opposite sex who are in similar roles. Under the equality act 2010 you should not be discriminated against on the basis of sex. Men and women should be paid equal pay for equal work.

For example, a female employee could have grounds to claim equal pay compensation if she finds out that a male employee in a similarly valued role within the company is receiving more standard pay, holiday pay and/or sick pay than she is.

This example is considered unfair treatment on the basis of the woman’s sex, which is illegal under the Equality Act 2010, and unfortunately still happens much more often than you may think.

If you believe that you are not receiving pay equal to a colleague of the opposite sex you can take action. The colleague you compare yourself to must do the same or be in a role of similar value. If you can confirm they are receiving more pay, you can be eligible to make an equal pay claim.

If you claim equal pay compensation, the coworker you compare yourself to, to highlight that you are being paid unfairly must be in a role comparable to yours. This means, although you don’t have to be in the exact same job as your colleague, your role must be considered of the same value to the company.

you could also make a claim.

If you are being paid unfairly, or if you have started your internal equal pay compensation claim and aren’t taken seriously, then get in touch with our equal pay solicitors. You have every right to receive equal pay, regardless of your sex.

How Can I Make an Equal Pay Claim?

When you think that you are not receiving equal pay you pass on a request in writing to your employer asking for the information you need. This information is required to establish whether there is a pay difference, and if there is then you have every right to ask for the reasons for that difference.

Your employer must provide you with this information and you should ensure you keep copies of any communication of this. If your employer prefers to handle your request informally, still insist on written confirmation of all discussions in regards to your request for equal pay.

Your employer should not request you to drop your enquiries for any reason, for example ‘to preserve working relationships’ or because ‘the timing is not right’. Even if you are not yet sure you are being lower than your colleagues of the opposite sex, you are well within your right to request that your pay is compared to ensure there is no inequality at your place of work.

Both you and your employer should aim to reach an agreement internally. This means without having to go to a tribunal. If you can, you should work together to find an amicable solution. An employment tribunal is your last step in the process, if no agreement can be reached. If you have reached this stage and you are not sure how to proceed, then we can help you.

At any step of the equal pay claim process can you instruct an employment law solicitor to assist you. We can help you when you’re facing discrimination at work.

How can I Assess if my Pay is Unfair?

In many cases job descriptions become outdated. Your employer should therefore keep in mind the work you actually do. Not the work you were set out to do initially.

You should be aware that you may not be able to jump straight into an equal pay compensation claim. There are steps you should take before doing so, which you can find below.

Steps to take Before Going to the Employment Tribunal

Before you can take a claim to the employment tribunal you should follow the following steps:

1. Choose your comparator, which is the person whose pay yours will be compared with. You both have to work for the same employer but this can be in different branches or locations

2. Write to your employer asking for information. You do this to confirm that you are receiving less pay so you can question why this is happening

3. Express your concern informally before you take any more action. There may be a perfectly reasonable explanation as to why your pay is lower than a coworker’s. For example, they may have extra responsibilities which you are not aware of

4. If you don’t get anywhere with an informal approach, you should launch a formal grievance procedure

5. Fill in an ‘early conciliation notification form’, which will allow you to ask ACAS – an employment information and advice service governed by an independent council – for advice and early conciliation. You have to do this before you take an employment tribunal. If you are unsure at this stage what to do please get in touch with our employment solicitors

6.If you have exhausted all of your efforts then you will have to file your equal pay claim at the Employment Tribunal. You can do this at any point during your employment, and up to six months after you leave.

Your Rights to Equal Pay

Making a claim against your employer can be a tough process. But if you genuinely aren’t receiving equal pay it is worth the time and effort to get justice for yourself and other employees.

Getting Started with Your Equal Pay Claim

Finding out you are paid less than coworkers doing the same work as you just because you are of a different sex can be devastating. There are few things that will make you feel more undervalued and unappreciated. With AWH you can claim equal pay compensation with the help of our equal pay solicitors.

If you need help or advice about possibly pursuing an equal pay compensation claim, our team can help you.

We understand how degraded and angry you might feel if you have been receiving less pay than your male (or female) colleagues on the basis of your sex, which is why we want to help you.

Our employment law solicitors can help you, so get in touch using our contact form or call 0800 999 2220.
Get in touch