Is Islamic Marriage Recognised in the UK?

Islamic Marriage and Divorce in the UK

Manchester and Blackburn Based Solicitors

The question “Is a Sharia marriage/Islamic marriage recognised in the UK?” has been often asked by our Islamic client base, so we thought we would dive a little deeper into this topic.

Let’s start with the main question.

Is Nikah recognised in the UK?

The simple answer is no, an Islamic marriage is not recognised by the UK courts. However, the answer is not always this straightforward as there are multiple variables in play.

If a couple only completes the Nikah, the Sharia marriage ceremony when marrying in the UK will not be recognised by English law.

Are you uncertain on the legal standing of your marriage? Get in touch with our expert Islamic family solicitors for all matters relating to your Islamic marriage and divorce. 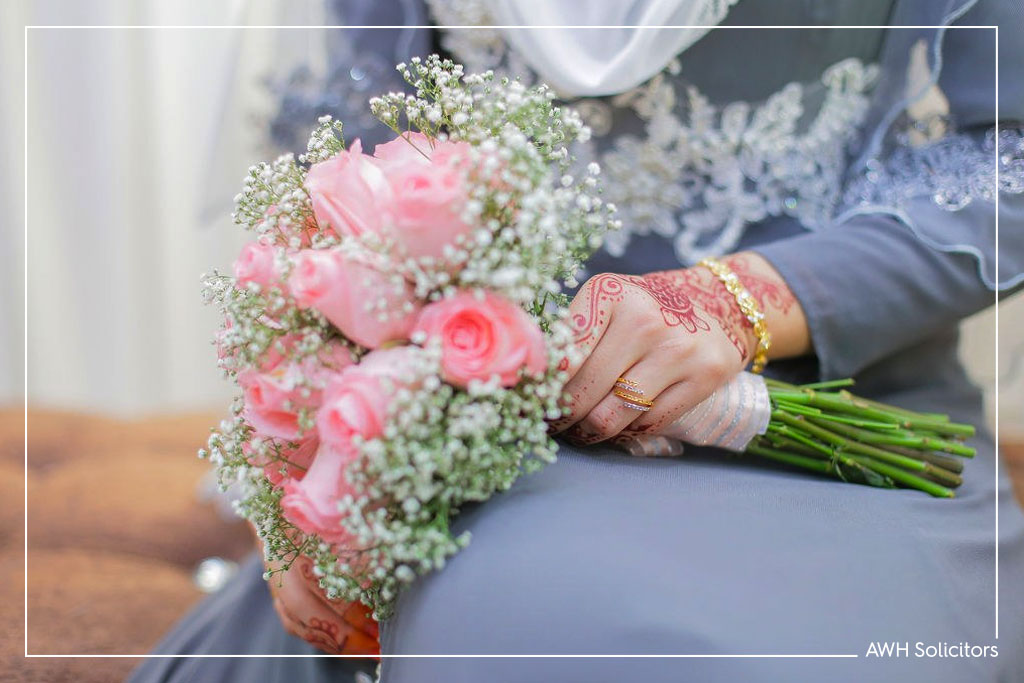 Is an Islamic Marriage Recognised by UK Law?

For a Muslim couple to enjoy the financial security and the other benefits bestowed by the completion of a civil marriage they must have either married under Sharia law in a country where this type of marriage is recognised by law, or they must get their civil marriage in addition to their Islamic marriage.

We would strongly advice every couple who live in the UK and are married under Sharia law to check whether their marriage is valid and recognised by UK law.

If you are not legally married, you may find yourself in a difficult situation if you were to get divorced or if one partner passes away.

Get expert advice from our family law solicitors today.

Finding out if Your Sharia Marriage is Valid

Although it is seen as a valid marriage ceremony within Islam, in UK law the Nikah ceremony is only recognised as a religious ceremony, which for that reason carries no legal weight.

Under English law the couples who are only in a Nikah and who did not get a civil marriage are considered to be a “co-habiting couple”. That means that they do not have the same rights as couples in a civil marriage.

The co-habiting couples have therefore less rights regarding pensions and benefits. In the unfortunate event of divorce or death the spouses will also find difficulty.

Getting a Sharia Marriage Overseas

If you had your Nikah abroad; in a country which practices and recognises Sharia Law, your marriage will be recognised by UK law.

As a result, couples who have chosen to get their Nikah in this way will have access to the exact same benefits as couples within a civil marriage.

Getting an Islamic Marriage in the UK

If a couple who is having their Nikah ceremony in the UK wants the same recognition, they need to attend a registry office to obtain a civil marriage in addition to their Nikah.

Co-Habitation Agreements Instead of Civil Marriage

You may not want to undergo a civil marriage ceremony for a variety of reasons, in which case you could opt for a co-habitation agreement instead.

A cohabitation agreement is a legally binding document that is signed by both partners who are living together, either unmarried or in a Nikah, to enjoy similar rights to spouses in a civil marriage.

Within the cohabitation agreement the partners agree and outline what should happen if they broke up in the future.

There could be clauses included in the agreement which outline exactly what each person would be entitled to in the event of divorce in regard to the family home, child maintenance, outstanding debt and division of other assets.

You can benefit from a co-habitation agreement if your marriage is not legally recognised.
Get in touch

If you are only married under Islamic law and you never had a civil marriage ceremony, and you did not get your Nikah in a country where this ceremony is recognised by law you do not need to go through a civil divorce to obtain a decree absolute. You will only need to go through the Muslim divorce procedure.

Getting Married in a Country that Recognises Islamic Law

If you had your Nikah in a country where this ceremony is recognised by law and you wish to divorce in the UK, you must undergo a civil divorce in addition to your Islamic divorce.

If you were married under Sharia law in a country where this is recognised by law, and you then had a Khula, Faskh or Talaq to secure your divorce in this same country you won’t need to get a civil divorce in the UK. There are exceptions however, so always check with an expert to ensure that your divorce is in fact recognised in the UK and that you are not still legally married.

If you are the husband initiating the divorce the process to follow is called ‘Talaq’. There are different views on how the Talaq process should be completed, however your local mosque can advise you further and help you get in touch with your local sharia court.If you are the wife initiating the divorce and your husband has agreed to grant you the divorce you can get a Khula. If your husband is not willing to grant you a divorce you may need to opt for a Faskh.

Are you in need of sharia compliant advice and support with your Islamic divorce?
Get in touch

Divorce if You had both a Civil and Islamic Ceremony

If you had a civil marriage ceremony in addition to your Nikah you must follow the divorce process for both Islamic and civil divorce.

All financial and legal matters should be handled during the civil divorce process. Sharia courts do not have any legal jurisdiction to enforce their ruling on factors related to financial agreements, children and other legal matters.

Assessing what Divorce Procedures are Required

At AWH Solicitors our Sharia marriage and divorce solicitors are often asked to handle Islamic divorces where the Nikah took place in another country.

We need to assess each couple’s situation on its own merits, as it depends on a multitude of factors if your marriage in this case would be recognised under UK law, and if a civil divorce would therefore be required.

Because of these legal complexities it is recommended to speak with a family law solicitor before you start any part of your divorce process; may it be your civil or Islamic divorce.
Get in touch

It is also important to know that if you choose to divorce overseas, your divorce will be legally recognised within the UK. Without your divorce being recognised you wouldn’t be able to remarry, and you may still be financially tied to your ex.

We can help you with your divorce, set out child arrangements, financial settlements, and help you write out your Will and Power of Attorney.

Let our Islamic solicitors help you with any family matter.