Diesel Fumes and Lung Cancer: What You Need to Know

According to the WHEC, there is scientific evidence that suggests that people exposed to diesel engine exhaust fumes on a regular basis face a high chance of developing lung cancer. Effects of diesel fumes exposure on a person’s health can unfortunately be severe, even life threatening.

It’s commonly known that exhaust fumes are no good for the environment, but they are also very damaging to our health.

In fact, according to the Workplace Health Expert Committee (WHEC) there is likely to be a strong link between diesel fumes, exposure at work and lung cancer.

So, are diesel fumes harmful and dangerous? Most definitely. Those often exposed are at a major cancer risk.

Of course, we cannot avoid exhaust fumes when we’re out and about. However, the people who are at a high risk of developing lung cancer from inhaling diesel fumes are those who work in close proximity to the fumes on a regular basis.

Although exposure to diesel fumes might not be completely avoidable for these people, the health risk can be reduced by ensuring proper health and safety precautions are taken.

If you work in an environment where exposure to diesel fumes is part of your job, your employer is responsible to provide you with proper protection. As diesel fumes are known to be a cause of lung cancer, long term and short term breathing problems employers must do what they can to minimise your exposure.

If you work around diesel fumes and have developed a respiratory illness because of your work environment, we may be able to help you claim compensation. 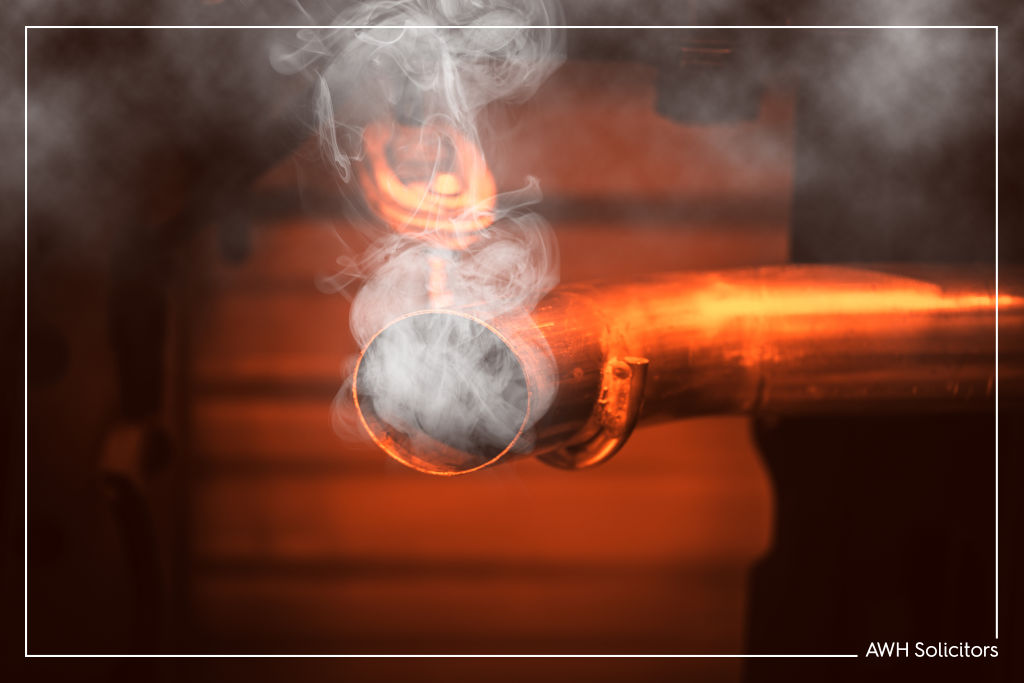 The International Agency for Research on Cancer (IARC) have confirmed that there is significant evidence that exposure to diesel fumes causes cancer in humans. Diesel fumes are officially carcinogenic.

This means that diesel fumes are harmful and dangerous for humans to work around.

According to the WHEC, there is new evidence suggesting that people exposed to diesel fumes, even at very low levels, are at risk of developing lung cancer.

This means people working in environments where they regularly face exposure to diesel fumes are likely to be at an increased risk.

The amount of time between someone’s first instance of exposure to diesel fumes and the diagnosis of lung cancer is not yet known.

The WHEC suggest that it could be many years, even decades, before workers who have been exposed begin to notice symptoms of lung cancer.

Because diesel only became popular from the mid-1990s it might only be now that you notice the impact, even if you were exposed to the fumes 20 years ago.

Even if you have not been exposed for some time, the effects of diesel fumes exposure can still become harmful to you. It doesn’t matter if its been years or decades, if you do fall ill, you can claim compensation.

So, are diesel fumes carcinogenic? They certainly are. From the research conducted by the IARC and the WHEC, it is very clear that frequent exposure to diesel fumes can cause cancer.

What does this mean? It means that employers should definitely be providing top quality protection to their employees that face exposure to diesel fumes.

If you work around diesel fumes and suffer from a respiratory disease, lung cancer or other industrial illness, our solicitors can help you.

Jobs and Industries at Risk

There are certain jobs and industries in which you will be at a high risk of developing lung cancer due to the frequent exposure to diesel fumes. You can be at a high risk if you are working or have been working as a:

Of course, there are plenty of other roles in which you can be exposed to diesel fumes regularly.

If your employer fails to adequately control your exposure to diesel fumes and/or provide you with proper protection, they have put you at high risk of a very serious illness.

Advances in technology have lead to a significant reduction in emissions from diesel engines used in general road transport.

However, regulations for emission control technology for all non-road engines have seriously lagged behind.

This means that it isn’t accurately known to what extent modern, safer diesel engines have replaced those with older technology.

This is particularly true in sea-based industries.

It is possible that in UK workplaces where non-road diesel engines are used often, workers are actually exposed to a mixture of old and new diesel engines and emissions.

This means that you’re still faced with exposure to very harmful diesel fumes, and are at risk of developing lung cancer.

Our industrial disease team have previously won an asthma claim for a client who worked at a garage workshop.

In the time that he was working as a mechanic, our client was exposed to significant amounts of diesel and petrol fumes. He would often be left working in the workshop where cars would be left running for up to two hours and was only given a cotton mask for protection.

The unsafe environment was made even worse by the fact that the ventilation system that was attached to the ceiling was defective. Our client was also able to supply video evidence that clearly showed that the system was not working correctly.

Our client’s breathing was unfortunately affected even after he had left his employment at the garage, and our team of expert solicitors constructed a strong case to win the amount that he deserved.

We were pleased with the £25,000 compensation that our client was awarded, that allowed him to focus on his recovery.

Has your health suffered as a result of exposure to diesel fumes and a lack of protection? Then our team could help you get compensated for your suffering.

It is the combination of solid and liquid particles in diesel fumes that is likely to play a part in a worker’s increased risk of developing lung cancer.

And although at the moment it hasn’t been established if there is one substance within diesel fumes which causes lung cancer, it is thought to primarily be either:

Exposure to either of these is thought to be very dangerous for workers, causing respiratory problems which only worsen with more exposure. If you are suffering from lung cancer caused at your place of work, our industrial disease specialists may be able to help you.

What Should Employers be Doing to Avoid Damage from Diesel Fumes?

Your employer must always make sure that you are adequately protected.

This means they must limit the amount of time you are exposed to the harmful diesel fumes for, as well as also providing you with effective protective equipment such as breathing apparatus and masks.

They must also, where possible, provide you with an adequately ventilated work space.

If they fail to protect you from the dangers and effects of diesel fumes and you develop lung cancer or any other seriously debilitating illness as a result, they can be held accountable and you can claim to be compensated.

Can I Claim Compensation for Diesel Fume Exposure at Work?

Have you been diagnosed with cancer after being exposed to diesel fumes at work and do you want to make a successful claim? We understand how devastating a diagnosis like this can be, which is why we’re here to help you.

We believe that you shouldn’t have to deal with the consequences of someone else’s actions, especially when they may have such a negative effect on your health.

If you have had significant or long term exposure to diesel fumes at work causing cancer, you can likely claim compensation. In any case, if you have been made ill as a direct result of the effects of diesel fumes, we may be able to help you.

Our team of industrial disease specialists are able to work with you to try and get you the compensation you need and deserve if you’re suffering from lung cancer or another illness caused by diesel fumes.

Find out more about our industrial disease services, or
Get in touch