Head injuries in sport are a topic of conversation at the moment that always seems to be at the forefront of national sport and news headlines in the UK. Over the  past  five  years it has gathered  pace as  more pressure  mounts on the  governing bodies to regulate this and put into place practices and policies to reduce the possibilities of long term effects on sports stars.  The recent deaths of former professional football players and the link with head injuries have been called the “new form of industrial disease”. We have decided to cover the topic in this mini blog series beginning with the symptoms, diagnosis and research that currently surrounds brain injuries in various contact sports. 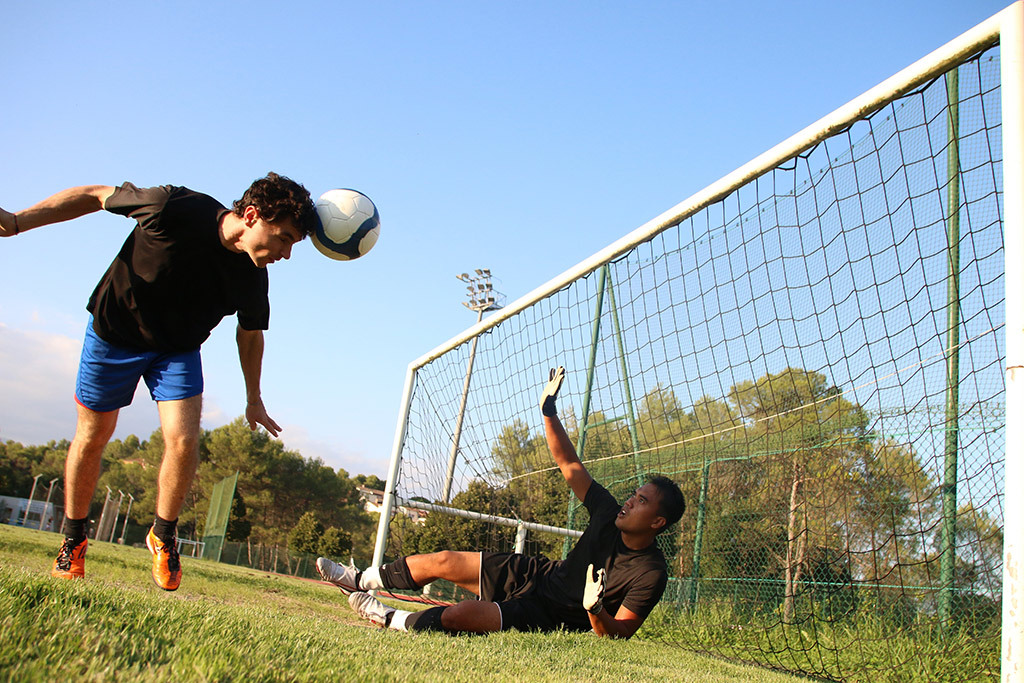 Mild concussion following a minor head injury may cause symptoms which have been collectively termed “Post-Concussion Syndrome”.  Symptoms of post-concussion syndrome can include headache, dizziness and memory and concentration problems. These types of symptoms usually clear within three months to six months after the initial head injury but they are not just physical symptoms such as headaches and can actually manifest in different ways.

People who have suffered concussion can also have emotional and behavioral symptoms such as being irritable and aggressive, changes in appetite and personality, lack of energy and sudden outbursts of emotion.  They may also have difficulty with concentration, processing information and delayed reaction times which may have a knock on effect on relationships and/or their work.

Whilst the symptoms may affect anyone with a head injury research has shown that young males or over 60s, who have been a sportsperson, are particularly vulnerable. Further head injuries may cause a greater impact on the brain causing ‘Second Impact Syndrome’ (SIS). This can be particularly relevant to those returning too early to a sport, such as football or rugby, after a head injury and may even lead to permanent damage or dementia in some cases.

The Impact of Concussion in the NFL

Over in the US, Dr Bennett Omalu has successfully diagnosed NFL stars with a brain disease known as Chronic Traumatic Encephalopathy (CTE). This disease is impossible to be diagnosed in a living person as it stands and Dr Omalu was only able to verify his findings through biopsies of NFL stars that had passed away.

His first discovery was made in 2002, another in 2004 and then again in 2005. This led Dr Omalu to publish an article in the journal, “Neurosurgery” in 2005 followed by a further article in 2006. Further diagnoses of CTE were being made in past NFL players that had either died or committed suicide. This has now led to a number of former players to bring a lawsuit against the corporation citing the reason that they were withholding information of the dangerousness of competing and the effect that this had on their brains.

Initially the NFL denied those charges but later agreed a settlement of $765 million in August 2013 for the lawsuit against their former players. However, as part of the settlement the NFL did not admit to any wrongdoing. Dr Omalu and other scientists have since continued to carry out research of CTE in the brains of former athletes.

Amazingly, reports out of America in November 2017 have stated that Dr Omalu was able to diagnose CTE in a living person in former NFL player, Fred McNeil in 2012. Unfortunately, Mr McNeil passed away in 2015 but the case study was published in the journal “Neurosurgery” confirming that an experimental brain scan traced a signature protein of CTE called ‘TAU’. This development may be pivotal in identifying the development of these debilitating conditions.

The   initial fight to prove the condition and link to  repeated head  trauma has been  immortalised in  the  2015 Will Smith  film, Concussion.  The  recent  death of  Gale  Sayers , the  legendary Chicago Bears  running back,  has kept the condition in the spotlight and the  autopsy  on Aaron Hernandez  following  his suicide brought into question whether CTE  was linked to the change in his behaviour  which was highlighted in the recent Netflix film.

The  quest to  diagnose   the  early   injury  caused by such sports  has  continued  in the  United  States and  into  other  sports with the NHL  agreeing a  mass  settlement  with their  players in 2019. It will certainly be interesting to see how this develops.

The research has continued into other contact sports in the UK, such as rugby where protocols have been established to protect the players from playing on after head injuries within a game and the introduction of HIA (Head Injury Assessments) and  concussion  substitutes. The Drake Foundation has set up an agreement with Saracens Rugby Club to investigate the potential damage to the players across a season. They  have  also   monitored  Premier League  footballers  in  2018-2019 with  FIF Pro  in relation to  their  head injuries and are  developing a  test   from their saliva  which  may determine any effects  within ten minutes.

While it is great to see research being undertaken in the UK, more certainly needs to be done to prevent head injuries in sport. Stopping the problem at the source is crucial but hopefully the research that is currently taking place is a positive step for the relevant measures to be introduced.