Brexit Draft Deal and What it Means for EU Migrants

Last week saw Prime Minister Theresa May meet with the Cabinet to form a draft Brexit deal after over eighteen months of negotiations with the EU.

The 585 page draft covered many topics, including those which were central to the leave and remain campaigns back in June 2016 such as the fishing and agricultural industries, customs and trade, Northern Ireland and of course immigration and free movement.

The question which is undoubtedly on many people’s minds is this: how will the Brexit draft deal impact the lives of EU migrants currently living in the UK?

It’s a complicated topic to say the least, however there are key features to the draft deal which are important to understand if you or a family member are living in the UK but originate from a country within the European Union.

If you are a EU migrant living in the UK and you are worried about how you should proceed, we can help. 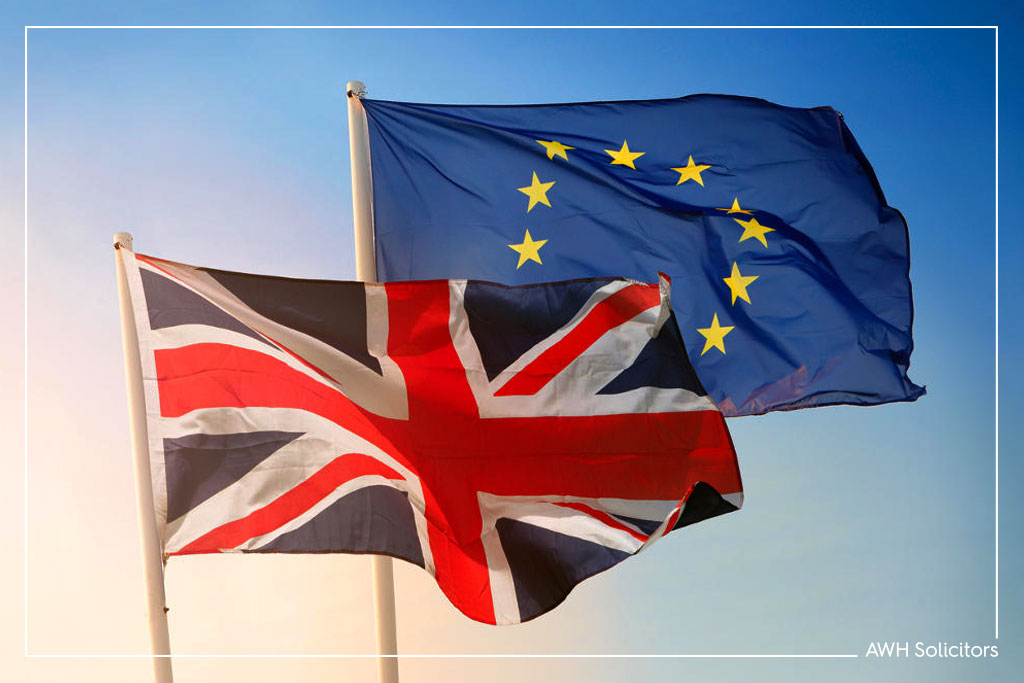 Brexit Draft Deal on Immigration – What Are the Key Points?

One of the main talking points on both sides of the Brexit campaign was the topic of immigration.

Immigration is in itself a complex topic, but when Brexit is thrown in the mix the topic becomes infinitely harder to understand, primarily because there is – at this point in time – no certainty about what the UK’s immigration policy will develop to be over the coming years.

The key points covered in the draft deal on the topic of immigration are;

Of course, these points are greatly simplified for understanding: in reality they are much less straightforward.

The transition period is the time in which the EU will treat the UK as if it were a Member State.

This transition period lets the UK leave the EU but remain within the single market and customs union for 21 months after Brexit.

The UK will remain in the European Union until the end of 2020.

The recent draft deal also includes provisions to extend the transition temporarily if negotiations are ongoing.

During this period the UK will continue to participate in the customs union and the single market.

I’ve Lived in the UK for Over Five Years, But My Family Hasn’t – Will They Have To Go?

Since the Brexit draft deal has only just been discussed by the Prime Minister and her Cabinet, it is uncertain what the exact rules on immigration and migrant families will be.

It is likely that each situation will be evaluated on a case-by-case basis.

If you have lived in the UK for five consecutive years or more, you will, by ruling of the draft deal be allowed to remain here.

Seemingly, if you have a family which depends on you, for example young children, then they would be able to stay too.

There are on average 3.2 million EU citizens in the UK who also require certainty in relation to their status in the UK.

Unfortunately immigration is an immensely complex topic, and not every situation is that cut and dry.

It is best to seek legal guidance so as to establish if you or a family member may need to apply or re-apply for the right to remain in the UK with a visa.

Can The Draft Deal Be Changed?

Yes. This deal is just a draft, after all.

There will be an EU summit this Sunday in which leaders will meet with Theresa May to attempt to reach an agreement on the draft.

However, it is unlikely that there will be drastic changes made to the deal.

There is still a lot of uncertainty with regards to Northern Ireland and it’s borders, with politicians from different parties not seeing eye to eye on immigration, customs and border policies which were written into the draft agreement.

Although the deal Theresa May discussed with her cabinet earlier this week was a draft, it is advisable that any EU migrant who feels like they will be affected Brexit treats the deal as a definite and seeks legal advice regarding immigration as soon as possible.

The draft agreement protects the rights of EU citizens living in the UK and the rights of UK nationals following the UK’s withdrawal.

It provides for individuals and their family members to continue to live, work or study as they currently do, while maintaining their rights to healthcare, pensions and other social security benefits.

Will I still be able to use my passport?

Yes – your passport and rights to use it will stay the same.

The government has decided that from October 2019 the passport colour will change from the current burgundy to blue for anyone applying for a new or replacement British passport that date.

What Can I Do If I Think I’m At Risk of Being Deported?

If you feel that if the Brexit draft deal is carried forward that there is a chance that you will no longer be allowed to reside in the UK, you should seek the advice of one of our expert immigration solicitors.

We understand that it is a confusing and worrying time for all EU migrants, and are committed to helping you continue your life in the UK despite the uncertainty of Brexit.

If you are a EU migrant living in the UK and you are worried about how you should proceed, we can help.
Get in touch