Could I Face Deportation after 10 Years in UK?

Deportation after 10 Years in the UK - Is It Possible?

Yes you can face deportation after 10 years in the UK in certain circumstances. Under UK law, deportation – or administrative removal – is the process followed by the government to remove a person from the country.

The Home Office is the government department responsible for organising and monitoring removal when a person has been considered to be a threat to ‘public good’.

Many people wonder whether they are exempt from deportation, for example if they have lived in the UK for 10 years or more. Unfortunately, even if you have been living in the UK for a long time, you may still be subject to immigration rules, depending on your visa status.

However, there may be ways you can avoid deportation, depending on your circumstances. If you have a family in the UK, for example, you may be able to use this as evidence of why you should be allowed to stay.

Are you facing deportation and are unsure what to do? Our immigration experts can help – contact us today. 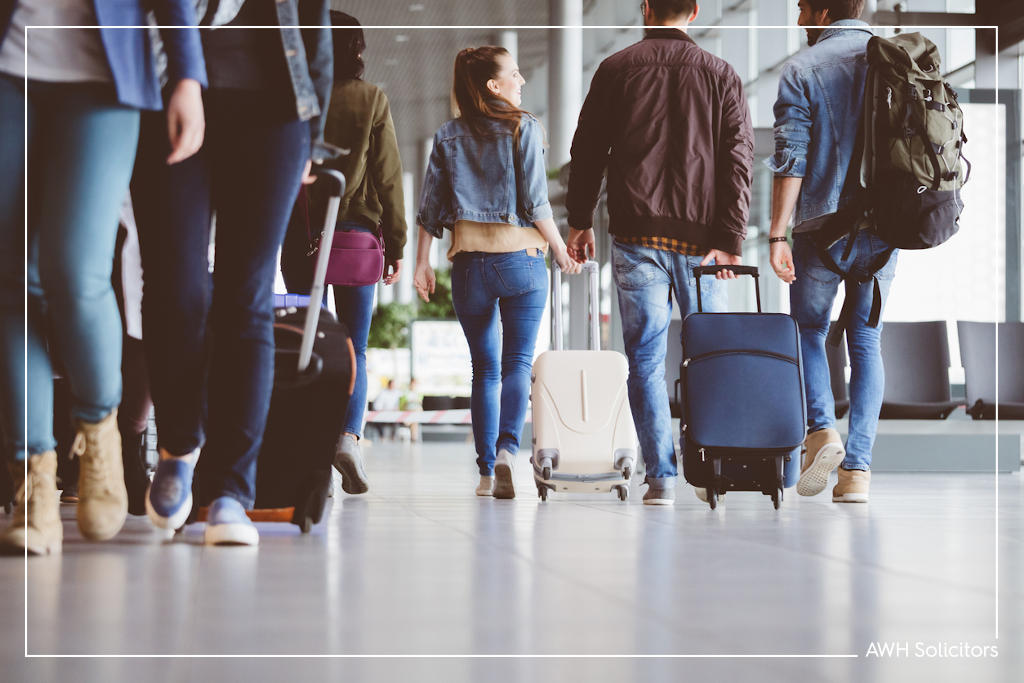 Please note: We are a solicitor firm with offices in Manchester and Blackburn and can only assist in immigration matters to those living in England and Wales.

Reasons for Deportation from the UK

There are a range of reasons why you could be deported from the UK, all of which relate to you having broken the immigration rules. For example, you might have been living in the UK illegally, overstayed or broken the terms of your visa, or entered the UK using deception.

If they reject your evidence, you may be able to appeal their decision. This will only be the case if you have appeal rights, which you will be told of in your letter. You should seek legal advice if you want to appeal a Home Office decision.

Can You be Deported if You Have a Child in the UK?

Yes, you can be deported if you have a child in the UK. If your child is under 18 and doesn’t have their own indefinite leave to remain and/or has been living with you, they are liable to be deported with you.

This is the case even if they have not broken any immigration rules themselves.

If you are given the right to appeal your deportation and have a child in the UK, you may be able to use your right to a private and family life under Article 8 of the European Convention on Human Rights (ECHR) as part of your appeal. Using this right may help to highlight to the Home Office that your family life would be greatly disrupted by you being separated from your child. This is especially so in cases where a person’s child holds their own indefinite leave to remain.

Appeals on the basis of the ECHR can quickly get complicated due to the complexity of the law, so it’s always a good idea to get specialist legal advice before launching your appeal.

Our immigration team are experts at helping people who are going to be deported and have children in the UK. We can help you too.

After Deportation from the UK When Can I Come Back?

When – or if – you can return to the UK depends what the circumstances of your deportation are. If you have chosen to leave the UK voluntarily, you technically have not been deported, but could still face a re-entry ban under the UK deportation rules.

The ban will likely either be for two or five years, depending on how long it takes you to leave voluntarily. If you leave within six months of being told to, you can apply to return to the UK in two years from the date you left. If you take longer than six months, you will have to wait five years before you apply.

If you have been removed from the UK involuntarily, you will face a ban of 10 years or more. Some re-entry bans are indefinite, meaning you will never be legally allowed to enter the UK again. It’s always a good idea to leave voluntarily so as to avoid facing a permanent ban from the UK.

The deportation process in the UK is roughly the same, whether you’ve been living here for 1 year or 10. You won’t be deported as soon as you get your letter, because the Home Office will take a while to arrange your documents.

You should only be taken into a detention centre when the Home Office plans to remove you in the near future, or if they think you might try to avoid being removed. You then will have at least 72 hours of being detained before you are deported.

Whilst being held in detention, you will be able to:

If you are denied any of the above whilst in detention, or you know a family member in detention is being denied these rights, we could help you.

What to Do if I am Facing Deportation?

Facing deportation is scary and upsetting, especially if you’ve lived in the UK for a long time and have started to build your life here. Although it’s hard, you should do your best not to panic.

Since you have to right to access legal advice whether you are in detention or not, you should take advantage of this and seek out an immigration specialist. They will be able to tell you what your rights are, and will be able to represent you if you have the right to appeal.

Facing deportation after 10 years in UK, or more?

Here at AWH we understand that facing deportation after a long time, such as 10 years or more, in the UK can make it feel like the worst is about to happen, but that doesn’t have to be the case. Our immigration team have years of experience helping people just like you prove their right to remain in the UK to the Home Office so that they can continue to enjoy their lives as they deserve.

We can help you with any immigration matter, stress-free.