UK Immigration Detention Policy: Your Rights and How To Exercise Them

Are you worried about being detained or deported? It can be crucial to understand the UK immigration detention policy.

Immigration is a much discussed issue in the UK at the moment, especially as we edge closer to the official start of Brexit.

Currently, immigrants from a range of countries across the world make up just under fifteen percent of the UK’s population.

Out of the 9.4 million immigrants in the UK, approximately 30,000 are detained every year under Immigration Acts.

This can happen whether the person is in the UK legally or illegally, so it is important for any immigrant to understand their legal rights.

Are you worried that this could happen to you? 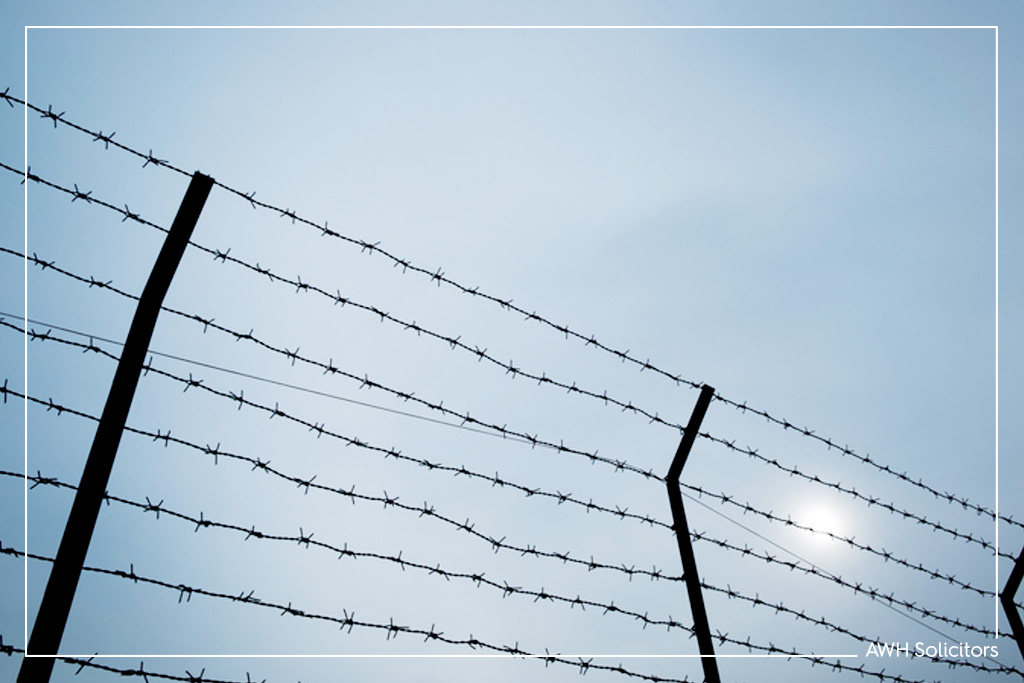 Immigration detention is a UK government policy which states that anyone who does not have leave to remain in the UK, or whose leave to remain has expired must be detained in a secure facility.

Currently there is no time-limit on adult detention in the UK –  depending on the circumstances of the case, if you do not have the right to remain in the UK you can be detained indefinitely.

This rule excludes pregnant women, who can only be detained for up to 72 hours unless extended for good reason by ministerial approval.

Unfortunately, many immigration detention centre conditions are not very welcoming and detainees are essentially held in prison-like circumstances.

It is not a pleasant experience for anyone to go through, which is why it is so important to understand what can be done if someone is being held illegally or unreasonably.

If you are in detention, facing detention or facing deportation our solicitors may be able to assist you. Get in touch to get an understanding of how we can help.

What Can You Get Detained For and When?

If you do not have the right to remain in the UK you can be put into a detention centre at any time and for a range of reasons, but there are some instances which are more likely than others which you can be prepared for:

There are also instances where people are picked up from their homes, during immigration raids on businesses, and stop-and-searches at train and bus stations.

Although this may not seem very comforting, knowing your rights and what you can do to prepare for if this happens to yourself or a family member can provide some peace of mind.

Last year 28,244 people left detention with only 44% removed from the UK, leaving 56% of those detained to be released back into the community, their detention serving no purpose.

With legal help detainees are more likely to be released from immigration detention.

Is a friend or relative of yours currently being detained?

Being locked up in a detention facility can make people feel helpless and lonely but actually, detainees have rights, which can help to make their detention that little bit smoother.

A person in immigration detention would have the following rights;

Immigration Detention: How Can I Exercise my Rights?

If you are financially stable enough to hire an immigration solicitor, it is advisable to do this as soon as possible so if you do get detained you can contact them as a first port of call.

Keep a physical copy of your solicitor’s details so that if your mobile phone gets taken off you at the immigration detention centre you are still able to contact them for legal help.

Ensure that you have – in some way – access to your doctor or a note from your doctor, or your prescription so you can prove what medication you are on.

You can arrange for a friend or your lawyer to also hold a copy of these details in case you lose your copy.

There will always be a chaplain in the detention centre, and more than likely there will be a rotation of different religious chaplains so every religion is catered for.

A detainee’s life in the detention centre can be made happier by visits from friends, family and support groups.

As long as visitors follow protocol such as giving enough pre-warning that they are coming, co-operating with the centre staff and following the rules, there should be no issues.

Rule 35 requires immigration detention doctors to report any cases of a person’s health likely being damaged by continued detention to the Home Office.

Despite this, many people in detention struggle to access proper healthcare with reports under Rule 35 commonly either not done, or not done properly.

If you think this is the case for a friend or family member you should speak to a lawyer as a matter of urgency.

If you want to apply for bail your application will be stronger if you have an address to be bailed to and/or you have a “Financial Condition Supporter” who could pay your bail price and attend the hearing.

You can apply for bail from a detention centre by either asking the staff or your welfare officer, or contacting the tribunal directly by calling 0300 123 1711.

Like you doctor’s and solicitor’s numbers, it is advisable to take a note of this number in case the staff in your centre are unhelpful.

Bail for Immigration Detainees: What and How?

What Is Immigration Bail?

If you have been detained, you can apply to be released by “immigration bail”.

Immigration bail is the temporary release of an immigrant in detention which is granted by the Home Office, so there are certain conditions which have to be met in order to be able to granted bail.

As listed above, you can apply for bail if you have been in the UK for 8 days or more.

The Tribunal cannot grant bail when removal is scheduled to be within the next 14 days.

If your application for bail has been refused, the Tribunal will automatically refuse any further applications for bail made within 28 days of the last refusal unless you can demonstrate a change in your circumstances.

How Can I Be Released On Bail?

Usually, the main conditions of release are

Occasionally people are released on condition of being fitted with an electronic tagging device which tracks where they go so as to make sure they aren’t breaking their bail conditions.

Bail hearings should automatically be provided for anyone – apart from criminal immigrants – who have been detained for four months or more, and who have not applied for bail themselves or through a lawyer.

Successful bail applications will include a particular address to live at on release.

A “financial condition supporter” is someone who puts forward a sum of money which guarantees that the person applying for bail will not break bail conditions.

If the detainee doesn’t keep to the conditions, the supporter is can lose the money they have put up.

The bail application form has space for two supporters, but this isn’t a requirement.

The financial condition supporter must to attend the detainee’s bail hearing and provide identification, proof of address, occupation, financial status and immigration status.

According to Home Office immigration rules which were established in 2011 no child should ever be detained, however last year 42 children were held in immigration detention centres.

If you become aware of a child in detention, seek legal advice and support immediately.

If a period of detention is found to be unlawful by the High Court the detainee may be able to seek financial compensation with the aid of an immigration solicitor.

What Can I Do If I am at Risk of Being Detained or already in Detention?

If you believe that someone you know who is currently in an immigration detention centre is being denied their rights, if you are in detention or if you are at risk of detention, our expert immigration solicitors can help you.