A Guide to UK Deportation Rules and Re-Entry Bans

This guide will tell you all about UK deportation rules, re-entry bans and re-entry to UK after deportation, what you can receive a re-entry ban for, and how long your ban can last.

Are you ready to make a new visa application, but are worried a past ban could stop you from getting a visa? Our immigration solicitors can provide you with advice tailored to your situation. 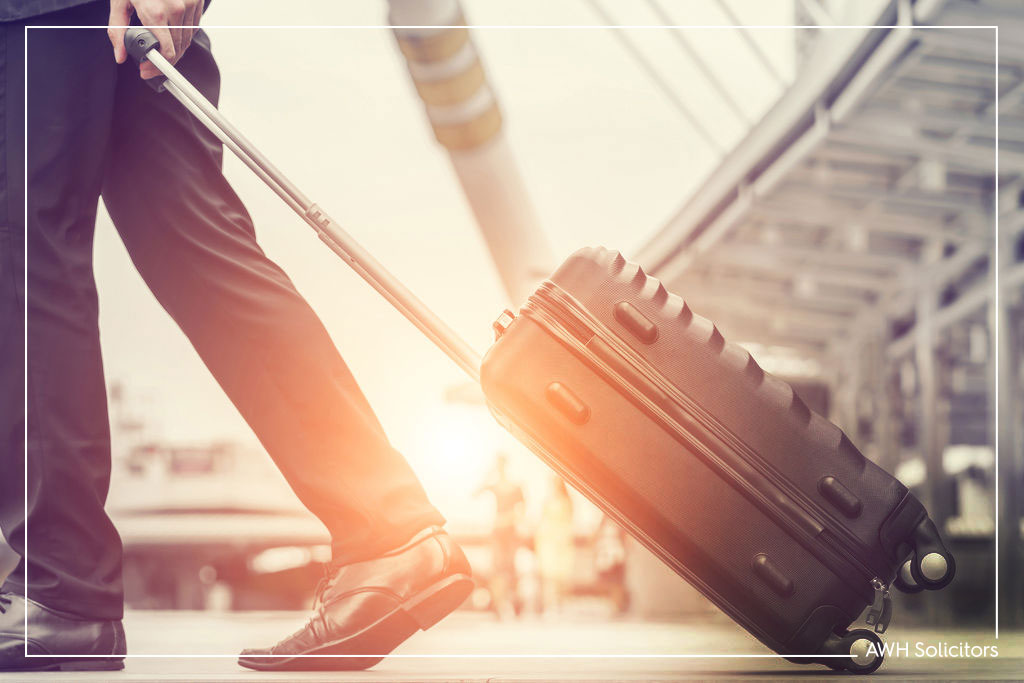 What is UK Deportation and What are the Rules?

Deportation is when a person is ordered to leave the United Kingdom, invalidating any leave to enter or remain that they may hold.

If someone is deported, they can be detained until they are removed from the UK.

It is illegal for a person to be deported without reason, and there are certain deportation rules in place to make sure this doesn’t happen.

In addition to their initial deportation, there are also certain travel restrictions in place to prevent people who have broken immigration laws from re-entering the UK.

If you are worried that you or someone you know might be banned from re-entering the UK, it’s a good idea to familiarise yourself with UK deportation rules and re-entry bans, or get in touch with an immigration solicitor.

Who Can be Deported and Banned from the UK?

If you enter the UK illegally, overstay your visa, breach conditions of your leave, or use deception in your application, then you could be deported and will likely face some sort of re-entry ban. Depending on what you have done for the Home Office to decide to deport you, the ban could range from one to ten years.

You can face deportation for breaking any immigration rules. This includes:

One example of breaching the conditions of your leave would be getting a paid job in the UK whilst in the country on a visa that doesn’t allow this. Using deception in an application could mean lying about where you were born, your age, your criminal history, or what you intend to do in the UK.

The rules for deportation and re-entry bans apply for adults who make any of these errors, and also for children whose parent/s make these errors on their behalf.

Coming back to the UK after deportation is possible, but it depends on whether you have a re-entry ban. This in turn depends on how you broke the UK immigration rules in the first place.

Are you worried about a re-entry ban when applying for a new visa? We can help you assess your situation and go through the application process with you.

then you don’t face any re-entry ban.

then you face a one year ban.

then you face a two year ban.

then you face a five year ban.

then you face a ten year ban.

What Can I do if I Am Facing Deportation from the UK?

If the Home Office has reason to believe that you have broken UK immigration rules, you will face deportation. This is a scary thought, however there are certain steps you can take to prove your right to be in the UK.

The Home Office will tell you in writing if they are planning on removing you from the UK. Your first step should be to respond to their letter, listing the reasons why you should be able to remain in the UK. We can help you draft this letter, using our expert knowledge of what the Home Office will deem as acceptable reasons to remain.

Unfortunately the Home Office will sometimes reject a person’s evidence for why they should be allowed to stay in the UK. If this happens, you may be able to appeal. You will receive a letter stating whether you can or cannot appeal. If you can, we could help you do so.

If your letter states you cannot appeal, you will have to take your case to a judicial review within three months of receiving the letter. Judicial reviews are hard to succeed in, so if this is your only option it’s best to seek expert immigration advice as soon as you can.

Although it’s hard to go through the stress of potential deportation, including an appeal or judicial review, it is better to do this than avoid or hide from the Home Office. If you do this, you will almost certainly face a re-entry ban and find it difficult to lead a life in the UK in the future.

Are You Worried about Facing Issues on Re-entry to the UK after Being Deported?

If you are worried about being detained, deported or having possible issues on re-entry to the UK after you have been deported, then our immigration solicitors may be able to advise you. Our expert immigration team will assess your situation and advise you on how to proceed, doing what we can to help you be able to come to or stay in the UK with your family and friends.

We offer specialist, impartial advice, and are always completely honest with clients about their chances of success. We are also fully equipped with expert knowledge of UK immigration and deportation rules, and our expert immigration solicitors will evaluate you as an individual and do our best to help with your application.

We put our clients first, so you can rest assured that you are in safe hands with AWH.

Get in touch today with your questions about re-entry to uk after deportation.