Compensation for Asbestos Related Diseases – How to Start Your Claim

Can You Claim Compensation for Asbestos Related Diseases?

The Health and Safety Executive estimate that around 5,000 people in the UK die from an asbestos related disease every year. This just goes to show how deadly inhaling asbestos fibres is to humans.

Have you worked with asbestos and are you now suffering the consequences? Even though laws have been brought in to protect workers, asbestos diseases are unfortunately still quite common as it can take decades for symptoms to develop.

How Dangerous is Asbestos?

Asbestos can lead to people developing a range of diseases, of which some are cancerous and some not. The most deadly cancerous disease caused by asbestos is an aggressive form of cancer called mesothelioma.

Some people aren’t even aware that they’ve been exposed to asbestos, primarily because the fibres are so tiny that the naked eye can’t see them.

You could have inhaled the fibres at work, school, or even off someone else’s clothes. Whatever the initial cause, suffering from an asbestos lung disease can have a devastating impact on your life.

Let us help you find out if you can claim compensation for asbestos related disease. 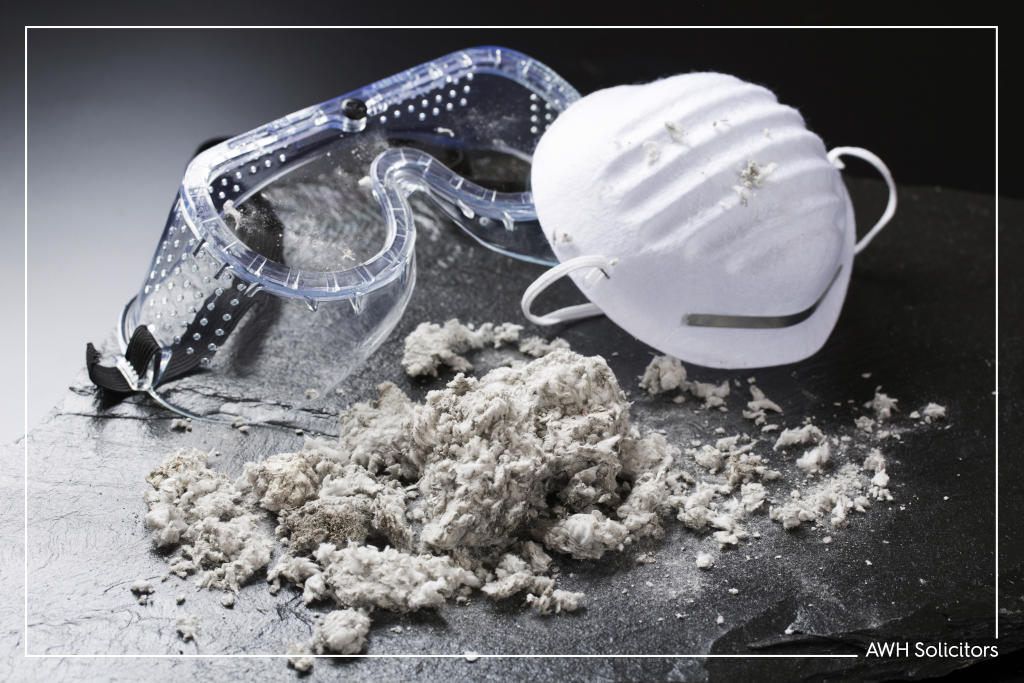 What is Asbestos Related Disease?

Asbestos is the term used to describe a group of minerals made up of tiny fibres you could only see under a microscope.

It was used very frequently in buildings for insulation, flooring and roofing up until 1985, when blue and brown asbestos was banned in the UK. White asbestos was legal up until 1992.

Undisturbed asbestos poses very little risk to humans. What this means is that, if a building has asbestos insulation in its roof but the roof has been untouched since the 1970s, the chance of you breathing in tiny asbestos fibres is slim.

However, if asbestos is damaged or disturbed even a little bit, it can be very dangerous to be around. The trouble is that often you won’t know if the asbestos has been disturbed until it’s too late.

It can take years, sometimes even decades, for any symptoms of asbestos disease to develop, which is why many people think they’ve got away from working around asbestos with no health issues. That is until asbestos related diseases symptoms – which are often aggressive and sometimes beyond treatment – develop.

There are several diseases and conditions that can develop as a result of exposure to asbestos, with some being more severe than others. The most deadly disease that asbestos can cause is mesothelioma.

Mesothelioma is a disease in which a tumour grows in the abdominal cavity lining or the lung lining. It is painful to experience, and those with the condition are usually only given months to live. The time from when a person inhales asbestos fibres to when the symptoms of mesothelioma become apparent is around twenty years.

Lung cancer is another disease caused by asbestos inhalation. It usually takes around ten years after a person has come into contact with asbestos for lung cancer symptoms to exhibit themselves.

Asbestosis is a common disease developed by people who have been exposed to asbestos in their past.

Pleural thickening often affects people who have come into contact with asbestos, and is where the inner and outer layers of the lining of the lungs are thickened, making it hard to breathe.

And finally, pleural plaques can be caused by breathing in asbestos. If you have pleural plaques you won’t usually notice any symptoms, however they can lead to mesothelioma development in the future. If you know or think that you have been exposed to the dangerous fibres of asbestos in the past, but haven’t had any symptoms yet, you should still visit your doctor.

Recognising asbestos related diseases symptoms early can mean that you are able to be treated correctly and can spend precious time with your loved ones that could be taken from you if your condition becomes more severe.

If you have worked around or with asbestos and have developed a asbestos related disease like one of the above, our experts could help you make a claim for asbestos respiratory diseases compensation.

As mentioned above, you might not even be aware that you have been near asbestos and are at risk of developing a serious disease. That’s why it’s so important to be fully aware of common asbestos related disease symptoms and act on them quickly if you notice that you are suffering.

The symptoms of mesothelioma include:

If you have a combination of the above, take a trip to your GP urgently. if they find that you have developed mesothelioma symptoms as a result of asbestos exposure, we will able to help you claim compensation.

The symptoms of asbestos related lung cancer include:

Again, a combination of these symptoms should be treated as an urgent matter, so it’s always best to get checked out.

If your doctor has confirmed that your asbestos related disease or condition has been caused by exposure at work, we can help you make a claim for compensation.

Who is Likely to be Exposed to Asbestos?

Although asbestos has been illegal in the UK for over twenty-five years, there are still some jobs in which the workers are exposed to asbestos. These include, for example:

There are plenty of other jobs in which workers could be exposed to asbestos because it is not certain how much of the asbestos in the UK has been safely disposed of.

People who worked in these kinds of jobs in the post-war era between 1950 and 1980 are most likely to have been exposed to asbestos at work. Although the average time span from exposure to diagnosis is ten to twenty years, it could take even longer for symptoms to develop.

It’s therefore very important that if you worked in these roles or similar in the second half of the twentieth century, you are aware of how you could be affected. If you worked in any of these roles and have been diagnosed with an asbestos related disease, you are very likely owed compensation for your suffering.

Could You Get Compensation for Asbestos Related Disease?

The short answer is – yes. It is possible to get compensation for an asbestos related disease on the behalf of yourself or a loved one who has passed. Of course, as with any legal claim there are certain requirements that must be met in order to give your claim the best chance at success. The main two requirements are that:

Although many people are sceptical that compensation can help those with a lung cancer or mesothelioma diagnosis, it remains a fact that asbestos related cancer claims are a necessity that help sufferers and/or their families to move forward.

Of course, compensation cannot heal you, or take away your disease. What it can do is ensure that your suffering is not added to with financial pressure. It can make certain that you are able to be comfortable and enjoy time with your family rather than spending your time worrying about paying for medication and other costs.

At AWH Solicitors we understand how severe the impact of an asbestos related disease can be, and we can help you.