In our first piece of our three part blog series on head injuries in sport we covered the symptoms, diagnosis and the research that is going into the impact of head injuries in sport. In this second part of our blog series, we look into, quite possibly, the most popular story surrounding brain injuries in contact sports; the recent deaths of professional football players – Jeff Astle,  Rod Taylor and Alan Jarvis.

Read the first installment of our blog series here 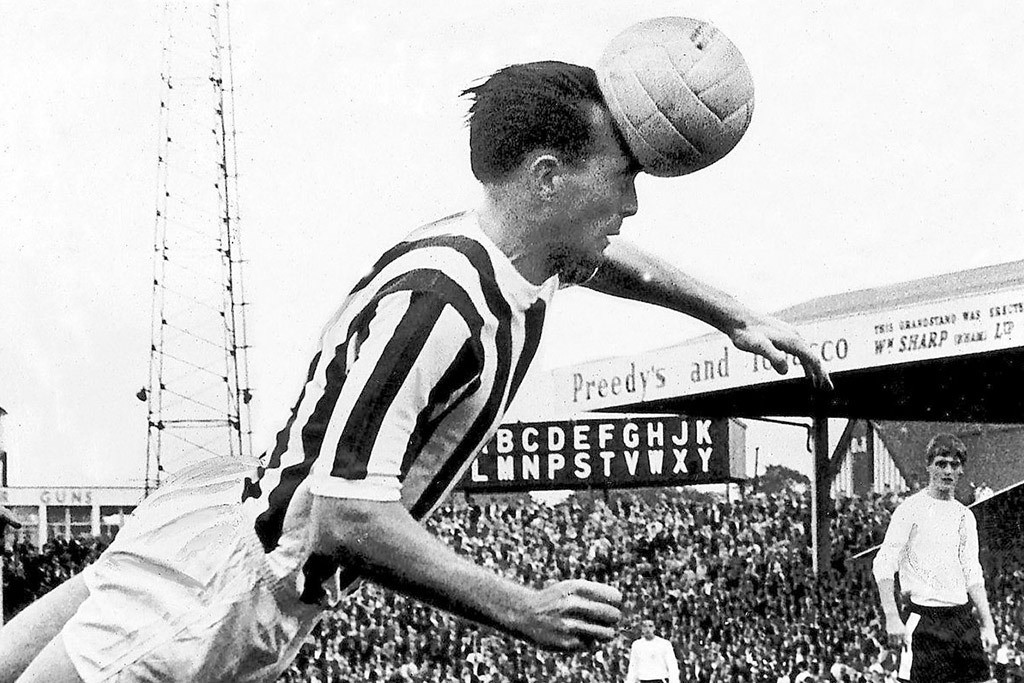 Recent news has revealed that Rod Taylor has become the second British footballer to have been diagnosed with Chronic Traumatic Encephalopathy (CTE) after his death in April 2018. This was confirmed in April 2018 following a post-mortem of his brain.  The diagnosis highlights the dangers of post-concussion trauma in the much loved game of football.

What does our legal team say about brain injuries in professional sport?

Craig Johnson, Solicitor Apprentice, has considered his views on the subject below.

From a legal prospective a duty of care must be established by law for an action to be brought against a potential Defendant and the potential Defendant must also breach that duty via an act of culpable omission. The question to ask is who owes the duty of care to the players? Is it their clubs who employ them, their medical staff who may have examined them privately or is it the FA who are the regulatory authority?  What would also constitute a breach of that duty?

Jeff Astle was part of football folklore and to his beloved fans of West Bromwich Albion he was known as “The King”.  A prolific striker throughout the 1960’s and 70’s earned him a call up to the England squad for the 1970 World Cup and his popularity rose again during the 1990s due to the  Fantasy Football Show.

A key attribute to Jeff’s success was his talent in heading a football. However, unbeknown to him or anyone else in the professional game, this skill lead to him receiving what was described as repeated minor traumas to his brain which in turn at the time lead to a diagnosis of dementia. Jeff sadly passed away in 2002 as a result of his condition.

In the coroner’s report, it was described that Jeff Astle died as a result of an “industrial disease”; a disease that was not caught via a virus, or from the air, but was actually a disease that was contracted in the course of his employment playing a game that he and many others, including myself, dream of having as a career.

More recently, Alan Jarvis famed for his days with Everton, Hull City and Mansfield as well as a Welsh international has also passed away. In the coroner’s report in October 2020, Mr Gittins held that Alan Jarvis died from a disease we know as Alzheimer’s that was caused from his occupation.  His daughter has also stated that “the ball was hard enough that when it hit him it detached his retina.”   The  findings from  the  Coroner  was the  second  recorded case of an industrial disease within this occupation and  there are now calls for it to be recognised formally as one which will   help  players  at all  level who  may  suffer from  dementia  as a  result of heading  footballs or any other neurological condition.

Alan Jarvis’s brain was donated to the researchers at Glasgow University to the team who also reported within the Alan Shearer BBC documentary in 2017. Dr Stewart found in his research that Alan Jarvis’ brain was consistent with observations of neurodegenerative disease in former contact sport athletes.

Dr  Stewart  has been  critical of the  failure of   football to recognise the  ongoing  dangers associated  with  heading  a  football and he  believes that  modern  players  carry  the same  risk  despite  the  change to a  synthetic   ball in  1986. He was a  leading  part of the  first  peer  investigation  in 2019 which was  called “The  FIELD” study, this  was  funded  by the  PFA,  and illustrated that  former  football  players are three and a  half times  more likely  to die of dementia than  people  of  the  same  age.  He  is a vocal  advocate  for a  number of  changes to  be made  to the game in   relation to a  concussion  protocol which would lead to  proper assessment of the  trauma  when it occurs and removing the  player from the  field of play  immediately as they are most  vulnerable at that time. A uniform approach to the amount of heading taking place in training and a national database being established.

What does the football association plan to do about the prevalence of industrial disease?

The governing body (the Football Association) and the players union (the Professional Footballers’ Association) both agreed to conduct a 10 year study to investigate the risks of contacted diseases affecting the brain from repeatedly heading a football following Jeff Astle’s coronary report. However, both the FA and the PFA failed to uphold their agreement and no research was conducted or published despite increasing awareness from the media.  At least 50% of the 1966 World Cup winning squad were diagnosed with dementia and as they were not paid like their multi – millionaire counterparts today and ended up selling their old memorabilia to pay for treatment.

Within the same timeframe, neither the Football Association nor the Professional Footballers’ Association were able to provide details of their research. Instead they sent only two letters to the family of Jeff Astle who they promised that the research was their priority at the time of the inquest. The FA and the PFA seemingly ‘swept the issue under the carpet’ in the hope that the issue would pass, but the Jeff Astle Foundation did not allow this to happen and have worked tirelessly to bring the attention of this tragedy to the public domain.

They have been contacted by over 300 family members of former footballers who are household names and are thought to be suffering from similar conditions or concerned regarding memory loss.  Locally, Nobby Styles and Eric Harrison have been diagnosed with conditions which may have been related to years of training which may have continued after they stopped playing.

In 2014, Jeff Astle was posthumously diagnosed with CTE, the same condition that was found in the former NFL players. Since this discovery was made the PFA and FA still have not reached out to the Astle family or conducted further studies.  It was only in November 2020 that the PFA said that their ‘Neurodegenerative Disease Working Group’ (NDWG) planned to consult with her in relation to ongoing research.

Gary Lineker has recently confirmed in an interview that he stopped practising headers in training in the 1980s but that he saw defenders regularly practising hundreds in training. Gary  Pallister is amongst recently retired  players who have confirmed that they would often suffer  from  headaches and  migraines  during  their playing careers which have continued to affect them  still to this dy.

It might be worth noting some of the past heroes that have been diagnosed with CTE and or dementia with the common denominator being that they all played in the 1960’s and 70’s across  many different  clubs with  similar training  regimes;

It is also known that a few well known players that are still with us today are also suffering from similar symptoms as those greats above including; Sir Bobby Charlton, Chris Chilton and Mike Sutton.

The latter’s son, Chris, is also an ex-professional footballer and has proposed suing the FA and the Players Association for his father’s condition.  He  has raised awareness of a £1 million  project  through  the  University of  East Anglia  to investigate the  early  signs of  dementia  amongst  recently retired  footballers like  Jeremy  Goss , Iwan Roberts and Mark Bright which has been backed by  the League Managers Association.  In addition, he has called for a dementia charter in relation to the following  points:

In response, the PFA set up the  NDWG taskforce to consider these points and Gordon Taylor’s  retirement has been overshadowed  by the failure to do more over the last  twenty  years.