Man in his twenties with severe back problems awarded £6,000

One of our industrial disease solicitors has helped a man pursue a claim against his ex-employer after he suffered a severe back injury due to their negligence. 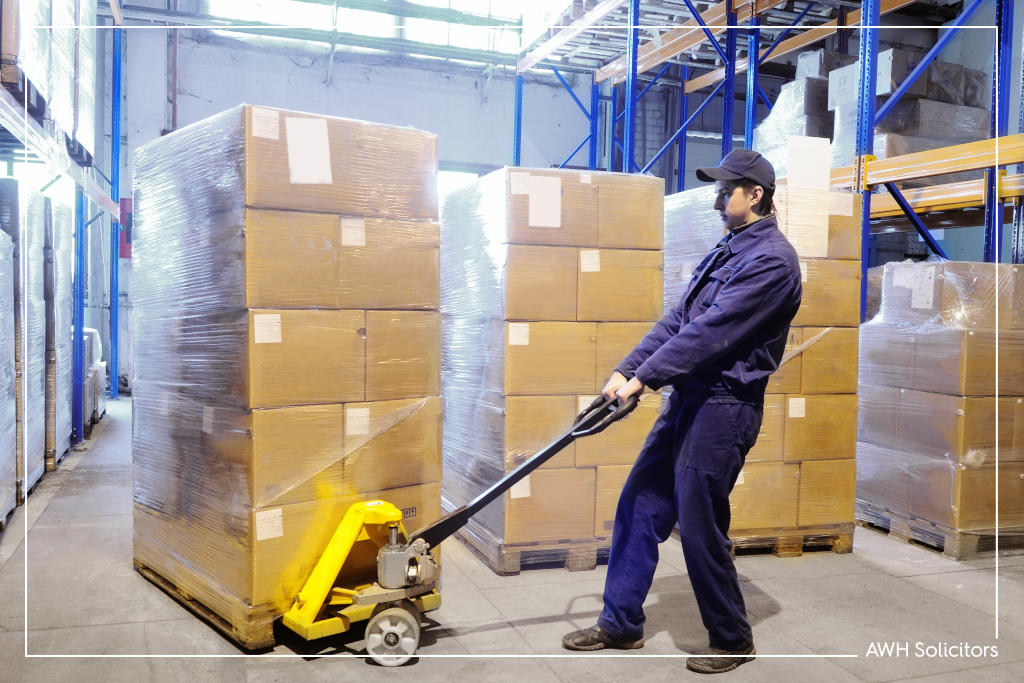 Our client began his employment in a pet food factory in 2012, where he worked as a warehouse operative. In 2015, he was promoted to a team leader role.

At the factory he would work between eight and ten hours per day, five days a week, with 45 minutes given to him as breaks per day.

Our client's role as a team leader was to oversee the production of orders and drive forklift trucks for loading products onto wooden pallets and then wrapping them.

When the bagging machine operator who worked within the team quit in August 2016, our client was asked to step in until a new employee was found. The bagging machine wasn't adjustable and was too low for our client to use comfortably because he was quite tall. Although he raised this concern to his management, he was told he had to do the job regardless.

Whilst standing in as a bagging machine operator, he would have to bear the weight of bags that weighed between 10 and 25kg each. He would then have to stack them on pallets, which could hold between 45 and 75 bags, with a cumulative weight of around a tonne. Often, the pallets would be stacked to well over six feet high with products, which was very unstable.

As the stack on the pallets got higher, our client would have to lift the heavy sacks of product up to his head height and above.

Whilst performing this task, he was also constantly having to twist around to and from the pallet and conveyor belt that delivered the bags to him. He performed this task for about 80 percent of his working day.

The outcome of the back injury claim

In September 2016, our client began to experience pain in his upper and lower back, and sharp pains down his left leg.

He sought medical treatment and complained to his supervisor. However, despite this he was only allocated 'light' work on one occasion, even though he complained multiple times.

He had to leave his job in September 2017 due to the pain he was in on a daily basis, and due to the fact that his role was only worsening his injury.

The man approached our industrial disease solicitors based in Manchester to represent him in a back injury claim against his negligent employer immediately after he left the job.

We are pleased that we were able to help our client get the result he deserved after suffering with the pain of his back injury and thus having to leave his job.

We are also happy to report that this client was able to find a job in a better working environment with minimal manual handling.

Have you experienced something similar? Our back injury at work solicitors may be able to help you too, so get in touch.

Our Promise to You

Let us know how AWH Solicitors can help you by providing us with your details in the form below.

Please let us know when you want to be contacted so we can get in touch with you at a time that suits you best.